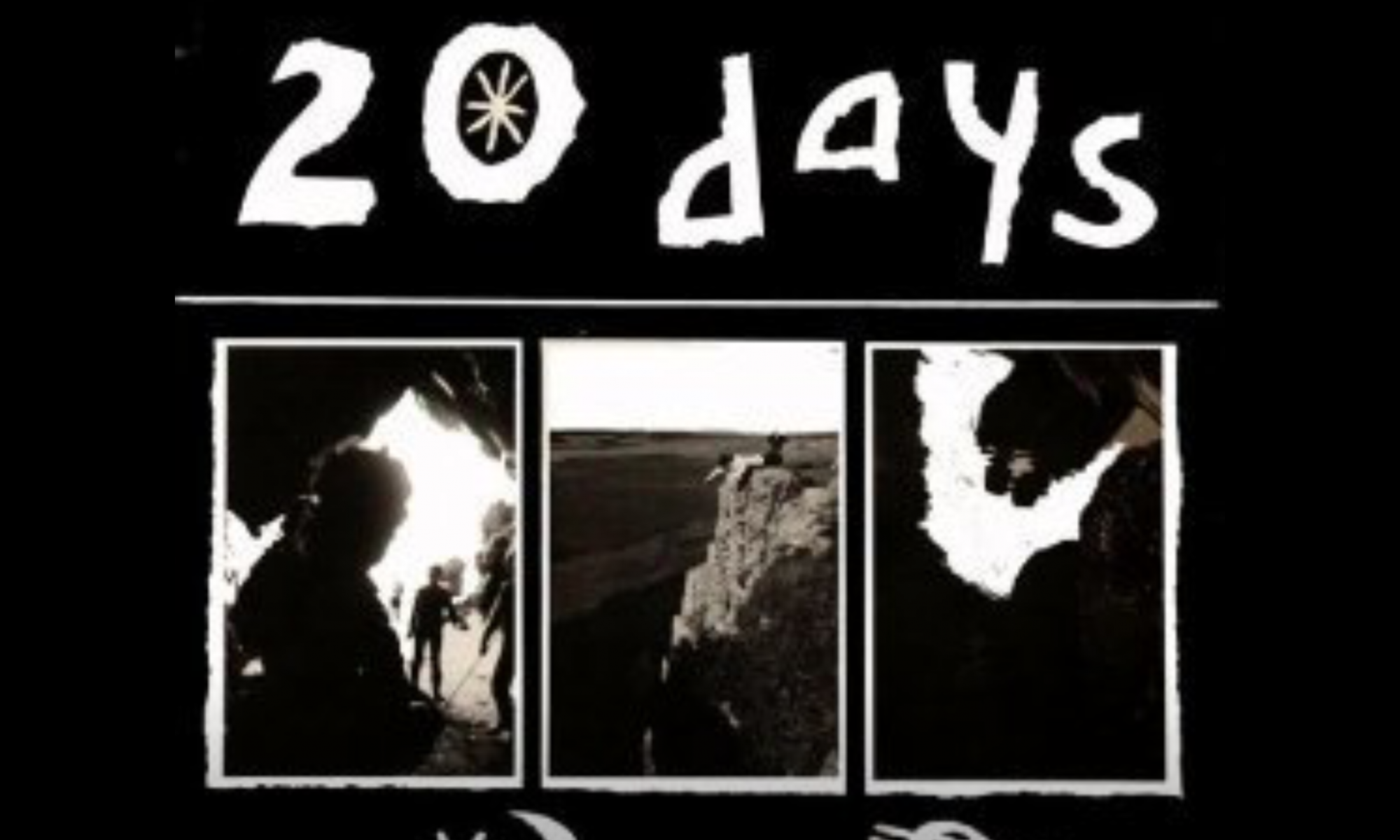 Excerpt from the HOBO A – Z of Coventry Bands…..

Who or what are 20 Days? Well, it all started in 1978 in Coventry, when three 13 year old school boys, John, Simon & Peter formed a band called The Shades. With one cheap electric guitar, one even cheaper classical guitar and a cardboard box for a drum, they made tapes in bedrooms, playing I am the Walrus and A Day in the Life, soon writing their own songs, influenced by the Beatles & Syd Barrett.

In 1979 they were joined by two bigger boys (John’s brother Denis on vocals & his mate Martin Burke on bass). Despite rehearsals taking place in his own house, Denis was soon shown the door, (he couldn’t sing or play guitar, but he knew how to walk through a door and, at the time, that seemed the most important thing!) He went on to form his own band, the Sons of Pleasure, in a different room. In 1980 the band, now called Eclipse (for no apparent reason), played their first gig as a 4 piece, in the living room in front of 20 or so school mates. Their next gig was to be their biggest gig, in the school hall. A charity gig (actually two gigs in one dinner time, charging 5p a gig). They made quite an impression on the kids and teachers, with original songs as well as covers such as Message in a Bottle & Jumping Jack Flash, legends in their own lunch time, you might say.

By Sept 1980 they were old enough to play the local pubs.

Graham Hopkins, became their manager, arranging their first studio demo with Johnny Rivers at Woodbine Studios in Leamington Spa and live gigs in town (just before it became a Ghost Town!) Their biggest gig was another charity gig, supporting the Reluctant Stereotypes at the Lanchester Polytechnic (Coventry University now) in 1981, which went so well that bass player Martin left the band the very next day! The lads reverted to a 3 piece once more, Simon taking over on bass and spent a long time working on new songs and arranging their trousers. They returned to the studio in 1983, this time to the newly opened Cabin Studios, with ex Reluctant Stereotype Paul Sampson producing.

They were so polite that they were soon signed to the in-house label, Sonar records in 1984, releasing one 12″ vinly EP Freefall in 1985, which was favourably reviewed in NME & Zigzag and received airplay from good old John Peel on his late night BBC Radio One show (thanks John, wherever you are). Regular gigs with mates like the Furious Apples & the Giraffes, brought them a reputation as one of the best live bands in town.

More recordings followed, including a session sponsored by a particularly supportive fan, Horace Panter of the Specials (thanks Horace, wherever you are).

In 1989 they were invited to become part of ‘super group’ the hungry i, put together by Steve Dullaghan (RIP) from the Primitives & Martyn Bates of Eyeless in Gaza. During this time, John also toured Europe a number of times as guitarist/backing vocalist with Martyn Bates, who also continued to work as a solo artist. The hungry i signed to Nursery records and released two EPs (on CD & vinyl), all the usual stuff happened, Radio, Press, Video, sandwiches, etc.

Unfortunately, in 1992, after two weeks in the studio recording their debut album, Martyn & Steve

decided to part company.  Throughout the life of the hungry i, 20 Days had continued as a separate band and now, armed with the greater experience gained from working as the hungry i, they decided to re-launch & re-name themselves, with a view to playing somewhere beyond the Midlands.

and the 12 string Rickenbacker), the boys took the name My Favourite Things. Between 1992 and 96, they blazed a trail from Coventry to London and back again, generating a great deal of interest from industry and fans alike. Fan mail came in from all over the known world, (via the postman of course, this being long before the invention of things like electricity & email!) But ultimately, despite getting very close and constantly being

referred to (mostly by themselves) as the next Cov band to make the big time, no banana sandwiches were forthcoming. They decided to sign themselves on the dotted line and released their own record, Fruit Machine / Memphis on 7″ vinyl.

Another song, Daydream Violence, was released on 7″ EP by indie label 25 Records, but nobody knows too much about that, not even the band. Many fine gigs were played in Coventry, London, Brighton (sometimes all on the same day!) Their biggest gig was not a charity concert, it was as sole support act to Australian bigger boys INXS. Michael Hutchence said to them “Ah, there you are!” and they have never since forgotten, or understood, his mystical words. Their last record and arguably their finest moment was Syd (one side of a joint 7″ single with Coventry legends the Nocturnal Babies). Syd was inspired by long time hero of the band Syd Barrett. The band played their last regular gig at the Golden Cross in Coventry in 1996, to much whaling and splashing of fins, but…legend said they would return…and they did! Nov 4th 2009, the lads played live in Coventry once again. The legend lives on in it’s own lunchtime! p.s. To anyone one who’s actually read as far as here…thanks for stopping by, come back and see us soon, we’ll get some tea & biscuits in for next time! Cheers!