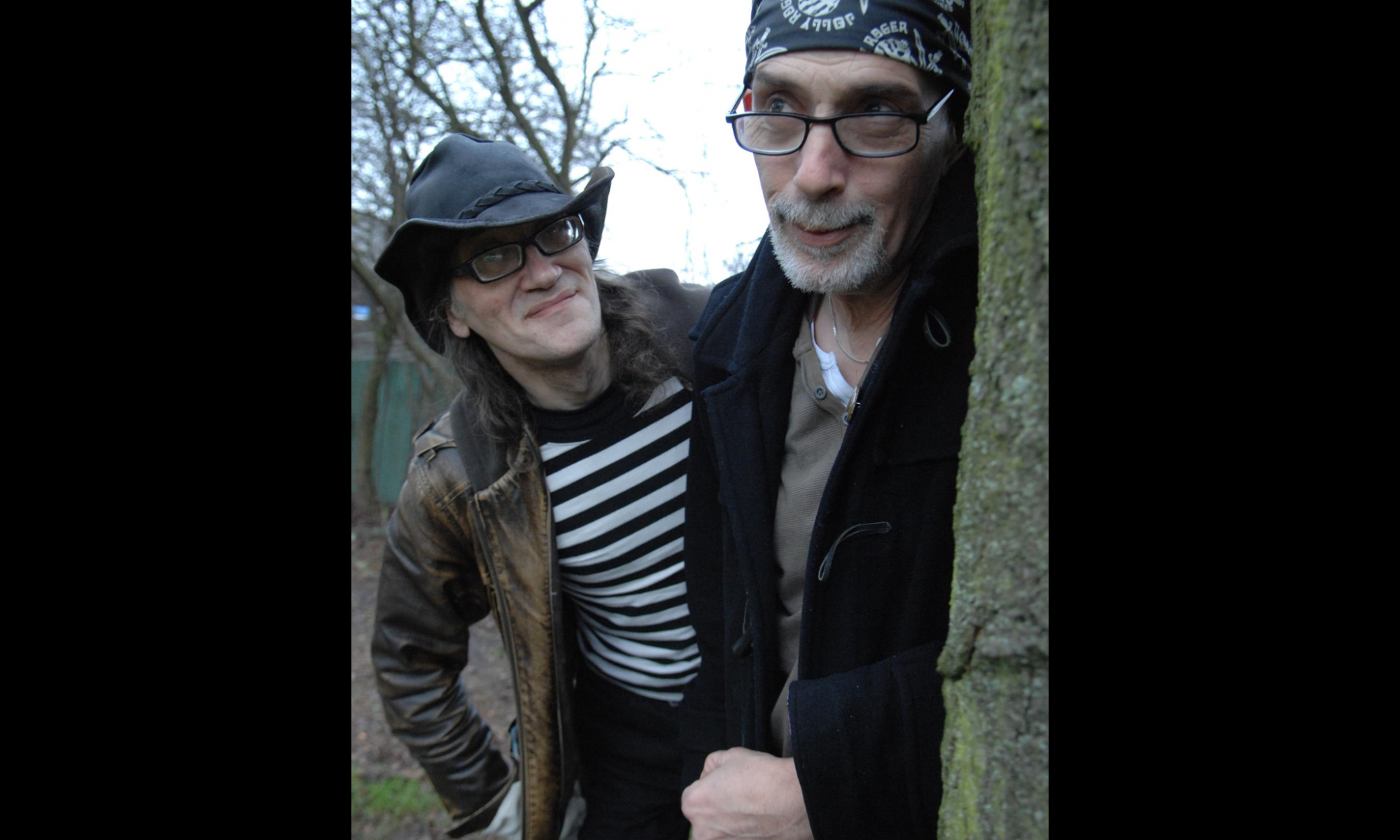 Chris Sidwell started the Digital Dinosaurs as a solo pop/psychedelic rock/folk project and then met up with multi instrumentalist Alf Hardy forming the Crokodile Tears. After many album releases and video’s Alf Hardy and Chris continue to play live as an acoustic trio with long-time contributor guitarist Jerry Richards.  Their latest album ,’Maid in Meriden’ has been released on Dodgy Ticket records and features some guest instrumentalists including for the first, and only time on a Crokodile Tears record, a sitar !

“The world of music is full of quiet achievers who soldier on without a thought for buying mansions on the hill or driving Rolls Royces into duck ponds. Crokodile Tears are such a band. ‘Words of Wisdom’ is the first of his albums that could introduce Christopher Sidwell to a wider audience. The songs have a whimsical, childlike quality that is offset by their strong melodies and insistent refrains. ‘Gingernutz’ and ‘Sad Boys’ are as likeable as they are listenable but it is the unbelievably catchy title track that in a perfect world would sell a million. ‘Come Back Blues’ is a gutsy blues number that would lend itself to any amount of covers. The slower more introspective songs such as ‘Sheffield Steel M1’ and ‘Cathedral Lanes’ reveal the strength of Sidwell’s songwriting. At best his songs have the tuneful simplicity of The Beatles ‘Blackbird’ or ‘Here Comes the Sun’and you can’t hope for more than that.” Martin Hewettson – Radio 2SER (Australia)

“The Crocks (Chris Sidwell and Alf Hardy) continue their musical journey in the shape of a new album.’Made in Meriden’. It’s a concept album of sorts as each track traces various key points in Chris’s life. From the opener,’Maid in Meriden’ to ‘Sunsets’ it’s a chance to submerse yourself in the very essence of what makes this oh so original duo tick. Be warned though, once you think you have fathomed it out, up comes another track that throws a curveball at your theory and you finally realise there is nothing to understand just enjoy the experience. There’s no other band quite like Crokodile Tears !”  Pete Chambers – Coventry Evening Telegraph

Crokodile Tears  have been releasing albums now for some 33 years since their eponymous debut when they were known as the more conventionally spelt “Crocodile Tears” (a release which was praised by Jerry Dammers). The constant has of course been singer/songwriter Chris Sidwell (the lineup changes in fact sparked the name tweak when Chris began working with different musicians: the rest of the original lineup being essentially the cult band “Pink Umbrellas”).

Nevertheless, the latest album, “Old Skool” which officially opens its term on September 3rd features among Chris’ many collaborators former Reluctant Stereotype, Pink Umbrella and long time Primitives producer  Paul Sampson who has played with him from that very first album & produced & mixed this one too.

Chief current Croks (though this doesn’t mean that even they play on every track) are Alf Hardy and Jerry Richards. Both were/are also in Earthlab, Alf is well known for his work at Cabin Studios and Jerry is of course a Hawklord and former member of Hawkwind. Joining them , Chris & Paul, are local musician, producer & broadcaster Keith Fabrique, local legend Sam McNulty (Squad/Giraffes), harmonica player Bryan Lea Bradford, sitarist Chris Cook, violinist Nigel Ward and others too numerous to mention. Tracks are mainly written by Chris, some with Jerry and/or Alf plus a jam co-written by the band with Chris Cook, a cover of the Lennon/McCartney “Norwegian Wood” and Jerry’s wonderful ‘Coventry & Western’ (as Alf dubbed the style) jig dedicated to renowned Elizabethan necromancer “Dr Dee”: a great live favourite.

If the music is eclectic (and it most certainly is: this band defies genre categorisation), the subject matter is even more so. Apart from an instrumental celebrating a long deceased alchemist, the album covers a bewildering array of lyrical targets from the haircut of a national sporting treasure to ecology, astrology, photography and gender stereotyping.

Crokodile Tears can never have produced such a beautiful set of album bookends as “Kids” and the closing song called “Mermaids”. Both, in their own way look back to the childhood of their narrator & can make you cry in a way “Bobbie”  or “Shirley’s In Birmingham” will make you laugh unless you have a heart of stone.

The Croks once, again, hit the spot.  Available from itunes, Stream on Spotify……….. 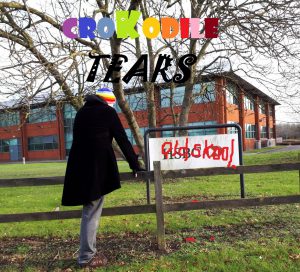 Reminiscent of the B52’s the Croks performing Love Car……