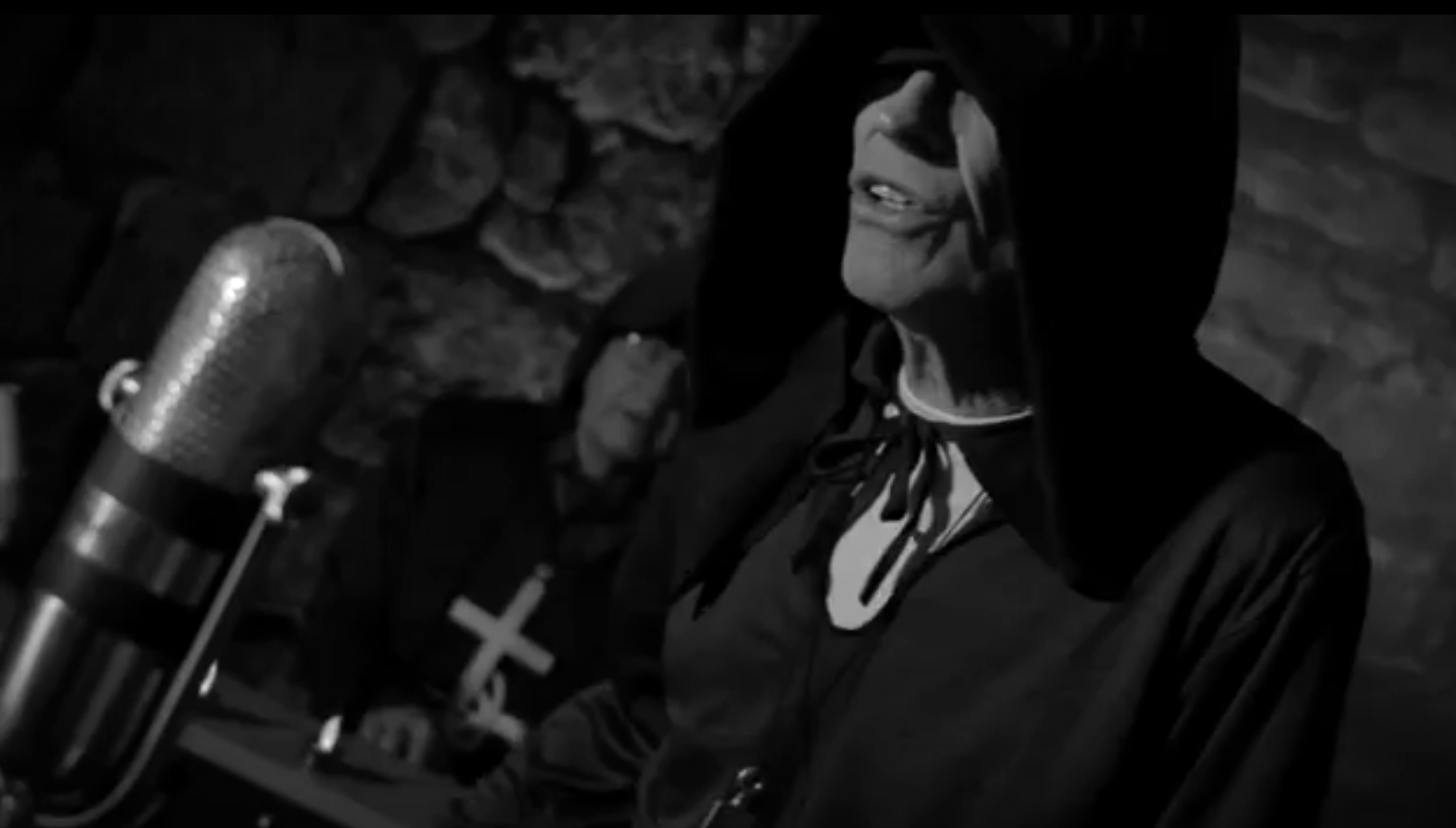 The Mysterious Monks hail from Coventry and have a mysterious, allbeit interesting history.

Graham Wale (keyboards, lead vocalist and composer) and Jon Lord. (lyricist and lead vocals) have been meeting every week to write songs together for over 45 years.

They recorded their self funded demos on a very tight budget at Jacksons Studio in Rickmansworth,  run by Malcolm and John Jackson, sons of the bandleader and DJ Jack Jackson. The Mysterious Monks recorded most of their work in the late sixties, with Graham on keyboards/vocals, and a session drummer and bass player. These tracks were overseen by engineer Vic Maile who went on to work with Elton John, Eddie and the Hotrods,  and record Motorhead’s clasic ‘Ace of Spades’.

They sent songs to all the major record companies and music publishers and drew a blank, until one day, whilst in London to talk to various record companies, Jon happened to spot the offices of Verulam Music. He knocked on the door, which was opened by a man who said he would take the demo and listen to it later.

Within the week Graham and Jon had signed a publishing contract and a song was selected for the debut album planned for Marsha Hunt following her huge success on the London stage in the musical “Hair”.

After persevering with their attempts to get a release on their own album Graham and Jon abandoned the project, and the ¼” reel to reel master tapes in their boxes lay forgotten in a cupboard at Jon’s house.

When Jon retired from his position running Cabin Studios in Coventry, he dug out the original tapes and asked local producer Paul Sampson if he could transfer the songs to cd if at all possible. Surprisingly, the quality of the recordings was excellent, and deemed worthy of release.

Thanks to the effort of Paul, who digitally restored the tracks where necessary, enhanced them with additional instrumentation, and the input of ideas from Chris Sidwell (Crokodile Tears) Graham and Jon are delighted with the end products – the original  albums NIL DESPERANDUM, TEMPUS FUGIT , LEGION OF THE LOST,  VIVA VOCE and ARCANUM MONACHIS all available from the bandcamp shop.

‘Nil Desperandum’ is the first album release from Coventry’s own Mysterious Monks.  12 tracks of quirky 60’s original pop played and sung by the Monks.  Features the single ‘Moneylender’.  Available as a physical CD album and/or download from here

Mysterious Monks – The Legion of the Lost EP

In 2016 the Mysterious Monks were filmed in Coventry Cathedral’s crypt for a four track E.P. Tracks include –

Available as a physical CD album and/or download from here

The 2016 release of 15 original tracks some digitally restored from recording’s at Rickmondsworth Studio in the late 60’s.  Available as a physical CD album and/or download from here

the track ‘Ornamental Gates’ features the ‘Freeman String Symphonizer‘ which was built by Ken Freeman in 1969.

The Mysterious Monks released this collection in 2017.  This release includes 11 more original tracks penned by the Monks –

The Mysterious Monks continue to make their own brand of music and have been continuously working on another new album of original songs. Thiswas released in October 2019 and is the fifth release from the Monks archives of material.  ‘Arcanum Monachis’ features 11 original tunes in the monks usual style.  Aided by Paul Sampson, and  available as a physical CD album and/or download from here.  Available across all the usual digital platforms look for Mysterious Monks Music. Track listing as follows –